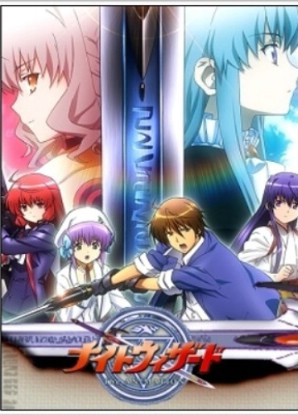 Plot Summary: Night Wizard. A term given to those whose mission is to protect the world from impending darkness. Renji Hiiragi is one such Night Wizard, who is constantly called on missions, even though all he wants is to be able to go to school and graduate. However, his latest order was to protect Elis Shiho, who is a new transfer student at his academy. Being dragged into the Astronomy Club by Renji’s childhood friend, Kureha Akabane on her first day at school, Elis soon realises that she too, has the power to become a night wizard, after possessing one of seven secret Jewels, the Jewel of Kindness. Along with Renji and Kureha, Elis now begins her fight and her new life, as a Night Wizard